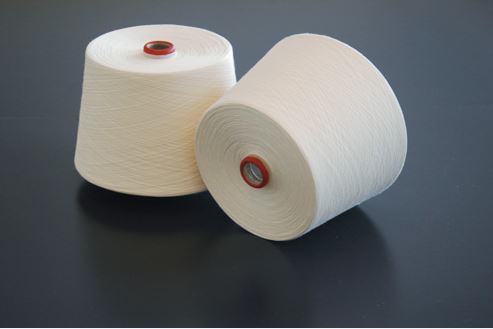 China is a big country in cotton textiles, and yarn production accounts for about half of the world. However, most cotton yarns have been digested domestically, and the export volume accounts for only about 6% of production. In comparison, the proportion of imported and exported yarns is not large. However, in the past two years, due to the influence of domestic and international Khmer spreads and other factors, the import volume of yarns, especially cotton yarns, has increased significantly, bringing an impact on the domestic market.

In the first 10 months of this year, Pakistan and India are still the two major source countries of China's cotton yarn imports, which together accounted for 59.1% of the total imports of cotton yarn. Among them, China imported the highest number of cotton yarns from Pakistan, at 519,000 tons, an increase of 17.3% year-on-year. China's import price advantage from Pakistan is very obvious, the average import price is only 2.94 US dollars / kg. China's import of cotton yarn from India is second only to Pakistan, with nearly 516,000 tons, a year-on-year increase of 112.6%. Since the average price of imports from India was higher than Pakistan, it was 3.25 U.S. dollars per kilogram. The total import amount was the highest, at 1.68 billion U.S. dollars. Vietnam is the third largest source of cotton yarn imports in China, with an import volume of 207,000 tons, a year-on-year increase of 49%. Imports from Indonesia, the United States, and Thailand increased rapidly, with growth rates of 131.2%, 163.7%, and 128.5%, respectively.

At the same time, the signs of increasing imports of cotton yarn indicate that even with the slowdown in economic growth, there is still a certain amount of domestic demand. However, due to excessive domestic and foreign cotton price spreads, domestic cotton yarn prices are not competitive. As a result, some domestic demand is forced to be met by external markets.

Pakistan is a big country producing cotton and has the natural conditions for yarn production. Its cotton quality determines that its yarn varieties are dominated by medium and low yarns and have certain advantages. India's cotton planting area is second only to China, and it has been expanding in recent years. Its cotton production is sufficient and the variety is complete. In Pakistan and India, the use of raw cotton is in line with international standards. The advantages of raw materials are obvious, leading Chinese enterprises to import India-Pakistan yarn.

Although the growth of import yarns has impacted some domestic companies, it has become a general trend from a global perspective. Although a few companies hope that the state will introduce policies to restrict the import of yarn, people in the industry have clearly realized that the imported yarn is a structural adjustment of the domestic textile industry. At the same time, the entry of imported yarn has accelerated the process of industrial elimination and upgrading. Globalization of resources, increase the value of the industrial chain, and achieve win-win cooperation are the way out.

Analysis of the general trend This year, there are many reasons for the decline in the export volume of cotton yarns from the Zhonggao branch, and the increase in unit price of exports is the most important reason for the decline in export volume. From January to October of this year, the average unit price of cotton yarn in Zhonggaozhi reached a record high in recent years, up 32% from the previous year. However, the unit price of pure cotton yarn exports only increased by 0.38% compared with last year, which also constrains the export of China's high-grade cotton yarn. Decentralization of orders is an important reason.

The increase in the price of cotton yarn in Zhonggaozhi is mainly due to the increase in the cost of raw materials. In the first half of this year, the price of long-staple cotton maintained a moderate growth, and the prices were relatively stable in July and August. After September, the prices rose rapidly. The prices in two months rose from about 29,200 yuan/ton to about 35,000 yuan/ton. New cotton Higher bids to 36500 ~ 38,000 yuan / ton, mainstream prices rose 5000 ~ 6,000 yuan / ton, or between 17% to 21%. Affected by cost and seasonal downstream demand, from September to October, the price of domestic cotton yarns in China's middle and high branches rose rapidly. Although demand in foreign markets began to recover, it has not yet been fundamentally improved, and downstream demand growth is not strong. It also resulted in the lack of activity in China's export market for high-grade cotton yarn, and the volume of exports has shrunk dramatically from last year. *** The exchange rate has recently hit new highs, which has also brought negative impact on exports.

From the export market, from January to October this year, China's exports to Egypt, pure polyester single yarn about 53,100 tons, an increase of 42.74%, accounting for 33.67% of total exports, the proportion continues to increase, and maintain the status of the largest export market. Among them, 5,304 tons were exported in October, an increase of 126.87% year-on-year, an increase of 69.59% compared with the previous period. From January to October, China's exports to India of pure polyester single yarn was about 44,000 tons, an increase of 100% over the same period of last year, accounting for 27.90% of the total export volume. The share of the single export declined slightly, but it still maintained its position as the second largest export market.

General trend analysis During the process of adjusting the product structure, domestic spinning companies have seen a trend of reducing the proportion of pure cotton products due to the incompetence of cotton prices, and non-cotton fibers have become a substitute for cotton fibers. High-priced cotton has brought about the emergence of alternative products, and the application of non-cotton fibers will become the development trend of textile products in the future.

Currently, due to the gradual weakening of the cost support at the top of the industry chain and the unsatisfactory recovery of downstream domestic orders, the situation in the domestic pure polyester yarn market is generally satisfactory. The good news is that export orders support strong support. In October, the export volume of pure polyester yarn rebounded year-on-year and year-on-year, which reversed the decline in September. From the follow-up trend, since the 11th to 12th December of the calendar year is still the traditional purchase season of major export markets such as Egypt and India, the probability of sustained release of orders is relatively large, and the pure polyester yarn export market will continue to rebound and rebound.