When it comes to crystal, you certainly won't feel strange, but do you really understand it?

Humans have a long history of understanding, developing and utilizing crystal. Bing Xin Yu Jie, aura-like crystal has been discovered and loved by the world since ancient times. 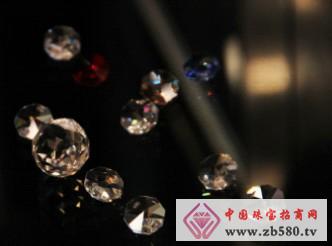 When the ancient Greeks discovered this crystal clear crystal in the Olympic Mountains, they thought it was ice that was changed according to God's will, so it was called KRYSTALLOS, meaning "white ice." The ancient Greek philosopher Aristotle also mentioned crystal. He believes that crystal has evolved over a long period of time. It is a fossil of ice, and the crystal is called "crystal."

There was once a beautiful legend about crystal: many centuries ago, the world was happy, harmonious, and had positive positive energy, where God lived. Suddenly a star collided in a day, God fell from his throne, all the order was disrupted, the world no longer had happiness and harmony, and the only thing that survived was the crystal, the pure stone of crystal The incarnation of God.

Crystal is so beautiful, attracting countless heroes to compete. With its pure, transparent and hard qualities, the crystal is regarded as a symbol of purity, unyielding and unyielding by the benevolent people of all walks of life around the world.

Crystal is also known as a symbol of light and power. In the section of the Book of Revelation, The Glory of the Holy City, in the Old and New Testaments, writes: â€œThe glory of God in the city of Jerusalemâ€. The glory of the city is like a precious gem, like Jasper, As clear as crystal." â€œThe foundation of the city wall is decorated with various gemstones: the first base is jasper, the second is sapphire, the third is green agate, the fourth is emerald, the fifth is red agate, the sixth is ruby, and the seventh is yellow. Tourmaline, the eighth is the water Cangyu, the ninth is the red tourmaline, the tenth is the jadeite, the eleventh is the purple agate, and the twelfth is the amethyst."