As of 3:47 on August 3, Beijing time, 91 gold medals have been born on the London Olympic Stadium. Of these, 30 gold medallists were dressed in Chinese branded clothes on the podium. "China Made" in London was a show of its own. Anta, Li Ning, Hongxing Erke and other Chinese brands appeared in the Olympic Games one after another. A smoke-filled Olympic marketing war was in full swing in London. 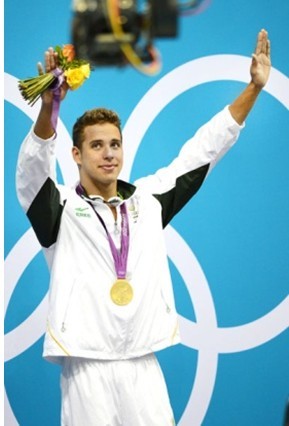 Before the opening of the Olympics, Anta released the Chinese delegation's championship suit, and Li Ning, Hong Xingerke and others also announced their Olympic equipment sponsored one after another. It is understood that a total of 128 participating apparels for the London Olympic Games, China has produced 23 kinds of media feelings, "China's national brands occupied London", thus showing that China's manufacturing in the world of clothing in the proportion and status. Among them, the Iranian delegation entered the opening ceremony with a simple and calm suit. It was ingenious and bright, and the Erke logo on the chest was particularly impressive.

The frequent appearance of domestic sports brands on the Olympic Games began to make the world feel the change from a â€œmanufacturerâ€ to a â€œcreatorâ€. To provide professional competition clothing for the world's top events, not only the advertising rights, but also shows that the "Chinese made" garments are comfortable and novel in design. Their fabrics are also strong and durable, and they incorporate technological elements to meet various professional competitions. Demand. South Africa's Keluosi, supported by Hongxing Erke, defeated world champion Phelps and stood on top of the podium, not only presenting Erke in front of the world, but also receiving praise for the style of the awards service. It was both fame and fortune.

The Olympic Games is also a game of opportunity for front-line Chinese brands on the international platform. The difference is that the players in the Olympic Games will have a success or failure, and the business battle is a marathon. Although many domestic companies have encountered difficulties in the development of the industry, Anta, Hongxing Erke and other Chinese sportswear brands are still â€œgoing toâ€ London and have started the "Olympic Marketing" chariot, hoping to use Olympic marketing to boost the military's hearts and expand energy for the next step.

In addition to Anta, Li Ning and other sponsorship of the Chinese team's brand in the Olympic marketing outstanding performance, so far, Hongxing Erke can be said that the Olympic Games in the input and output ratio of the biggest winners. Hongxing Erke sponsored the three countries of South Africa, Iran, and Uzbekistan. It has not been vigorously publicized as other "Jinjiang brothers" before. The cost of sponsorship and promotion should not be much. Hongxing Erke combined the athlete's spirit of pursuing excellence with its "TO BE No.1" brand spirit. Through this, South Africa has performed well in the swimming of advantageous projects. The first frog king broke the record and won the top spot, and the teenager surpassed the "Filipino fish" pick. To be crowned, powerfully enhance the brand's reputation and attention. For this sponsorship of South Africa, Hongxing Erkeâ€™s leaders frankly stated that South Africa not only has strong strength in swimming, track and field and other projects, but also is planning to host the 2020 or 2024 Olympic Games. Before successfully hosting the World Cup, it has great advantages. This time establishing a friendly relationship, along with South Africa's successful bid to host the Olympic Games. In the process of breaking the secret! Hongxing Erke's "Olympic betting" seems to be a successful example of strategic planning and strategic marketing.

The Olympic Games continues. There are many topics available for Chinese brands to use. This means that anyone is likely to win unexpectedly in this battle. Let's wait and see.