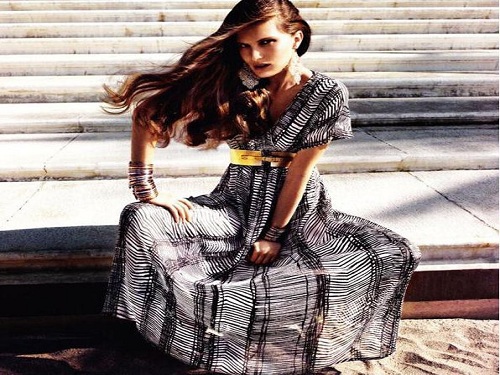 The fashion industry is extremely cruel and realistic. It is easy for the brand to say goodbye to the lack of financial aid and business strategies to resist the environment or to keep up with the changes of the times. In recent months, L including Band of Outsiders and L'Wren Scott has been included. S. Fashion, as well as familiar brands such as American Apparel, have heard news of closures, transitions, and personnel changes. This kind of development also makes people feel that the fashion industry is becoming more and more competitive, and it is not easy to operate.

The Los Angeles brand Band of Outsiders announced at the end of May that it would cancel all orders for the fall and will be absent from the New York Fashion Week in the fall of 2015, after which it confirmed that the brand will close all the stores. About three weeks ago the Band of Outsiders released the news of the clearance sale on Instagram. It is located in the 70 Wooster St store in New York City. All products are sold at a discount of 40%, including the new products of this year's early spring and spring and summer series.

Lost designer L'Wren Scott's company L. S. Fashion also filed an application for closing the company on the 11th of last month. L'Wren Scott committed suicide in March 2014 when the New York Post reported L. S. Fashion's debt is serious. L'Wren Scott's suicide stems from the indebtedness of debts. He has owed creditors up to 6 million U.S. dollars (about 18 million U.S. dollars) in debt and refused to be funded by his boyfriend Mick Jagger. L'Wren Scott's debt has grown every year since the creation of the brand of the same name in 2006, with debt exceeding $2 million in 2009 and exceeding $3 million in 2010. Before L'Wren Scott was born, it was unbelievable to cancel the news that the autumn and winter women's clothing was published in 2014 and the subsequent suicide. The current L. S. Fashion Director John Hoffman publicly stated that once the closing of the business application is approved, L. S. Fashion will be officially equated on September 11, 2015, and the remaining assets will be owned by the company registered in Delaware, USA.

The ever-rising American Apparel has been turbulent in recent years. In addition to the recession-stricken sales figures, the companyâ€™s founder, Dov Charney, has been involved in legal proceedings. The brand released a real-time news release message on July 6 stating that the brand will undergo a financial transformation and plans to reduce its account spending of US$30 million (approximately NT$160 million), which includes shutting down the poor performing stores, and Cut off some headquarters and sales staff.

The fast fashion brand moves quickly. The exhibition stores and innovative brands are utterly useless. H&M is one of the best players and is widely used by the Development Group under various brands including COS, & Other Stories, Monki, Weekday, and Cheap Monday. More recently announced that it will add another new brand in 2017. The current H&M chief executive officer Karl-Johan Persson also revealed in a recent interview: â€œThis new brand launched in 2017 will have a completely different style from H&M, and the market positioning will be separated from other brands. For H&M, it is a must to constantly develop new brands to make the group more powerful.â€ It seems that fashion is often used by new and refreshing customers. Brands are not seeking new products, and they have to find independent selling points. Allow yourself to survive in this battlefield.

At the same time in the last century, a company, specialized in faux fur research and development, was founded on the coast of the beautiful Tai Lake --- Wuxi Shuangda Plush Co., Ltd.

Faux fur products are not only warm, easy care and diverse, but also greatly contribute to protecting animals and ecology for human beings.